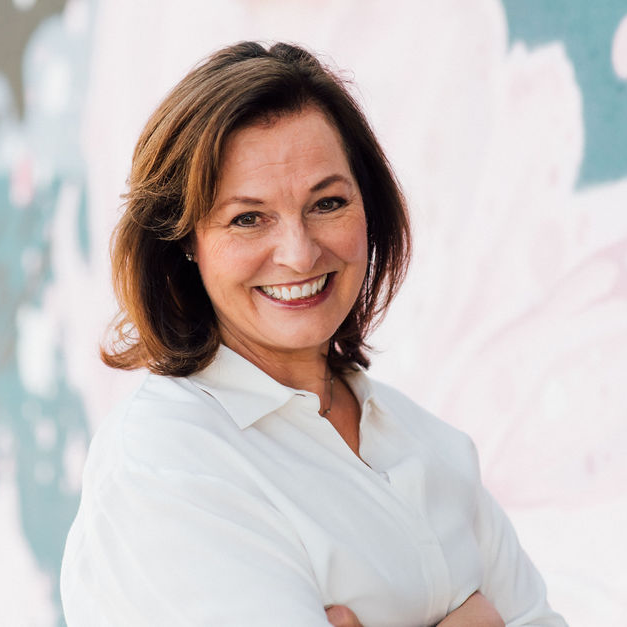 Kathleen Cooke is a media executive, Hollywood Screen Actors Guild actor, speaker, writer, and Co-Founder, along with her husband, Phil Cooke, at Cooke Media Group and the nonprofit, The Influence Lab, which focuses on mentoring and using media strategies in the digital age. She leads Influence Women in Hollywood for Christian professionals to encourage their alignment of faith and work. Kathleen is the author of the highly acclaimed devotional Hope 4 Today: Stay Connected to God in a Distracted Culture, now in its 2nd edition, which encourages readers to engage with God personally. She writes and posts the weekly online Influence Lab Journal and a weekly blog mentoring women in media, entertainment, leadership, and the arts. She speaks globally on culture, media, women’s issues, and faith and has been interviewed on numerous top national and international radio shows, and podcasts, as well as Christian TV networks such as CBN, TBN, and The Hillsong Channel. 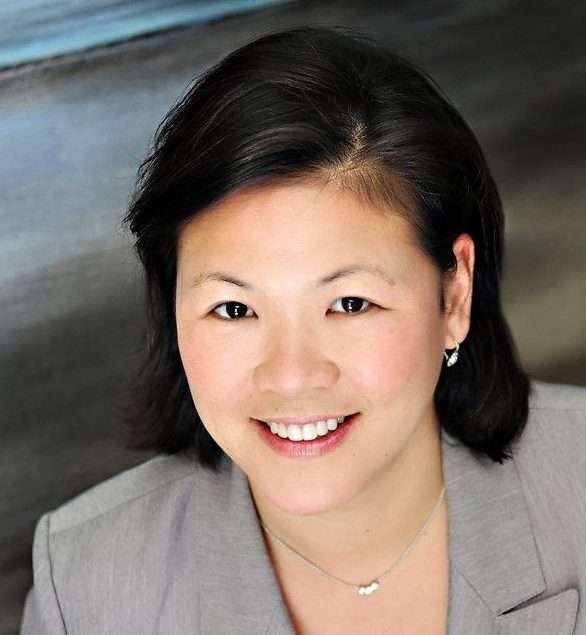 Jean Liu Christen (JC) has always loved a good story.
During the pandemic, JC transferred her knowledge and skills as department head for a publisher, working with NY Times best-selling authors to film and television, working in development with notable companies like Mandeville Film & Television, The Gotham Group, and Entertainment Lab. Shortly thereafter, she discovered her calling as a producer. Through her company, 8C Entertainment, JC collaborates with Emmy-award winners, Oscar nominees, and celebrated studio directors to bring stories by prized writers to life. Her slate of exciting features and pilots in genres like supernatural faith-based thrillers, thought-provoking action dramas, romcoms, heartwarming family dramedies, and inspiring biopics celebrate the grit, determination, and victories of unique voices and exceptional individuals who rise above the limitations and expectations of their world.

JC is passionate about paying it forward and serves in core leadership positions on several 501C boards that educate and promote youth community service and leadership development, develop and implement DEIA (Diversity, Equity, Inclusion, Accessibility) programs, and support charities that provide vital services to women and children in crisis. Industry-wise, JC is an active member of Women in Entertainment, Women in Film, CAPE (Coalition of Asian Pacifics in Entertainment), the Gold House, and is the Chief Operating Officer and Advisory Board Member of Influence Lab Women’s, an organization dedicated to inspiring and empowering women at the juncture of faith and entertainment.

JC is married to her college sweetheart, and when not working, she loves hanging out at the beach, vacationing, or doing yard work with her large family; brunching, double-dating, book clubbing, traveling, learning something new or watching movies with friends, and meeting interesting people with a stellar story to share. 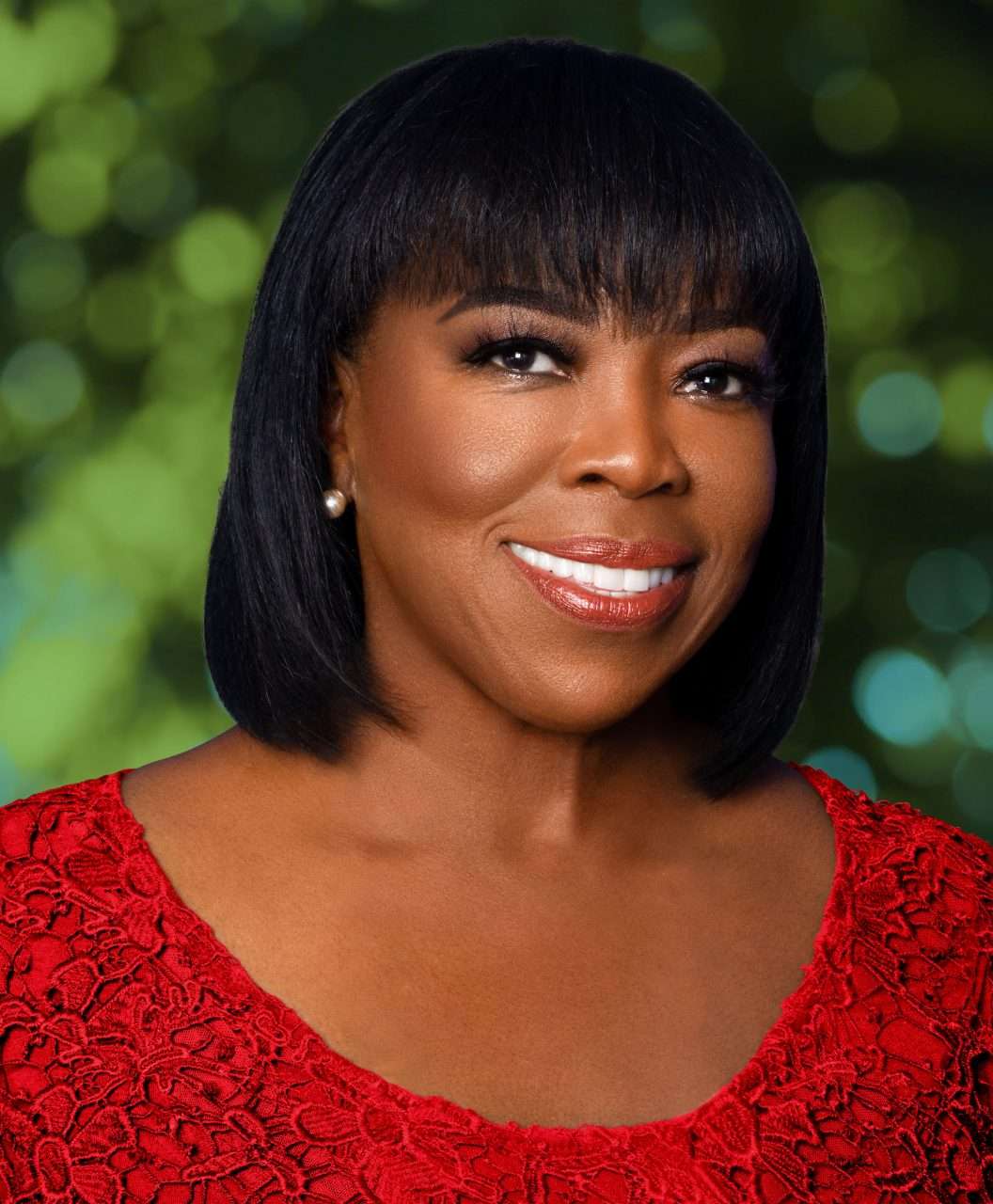 From her humble beginnings as a Southern maid to a Fortune 500 V.P. to bestselling author and global speaker, Deborah Smith Pegues has maintained an intense passion for the Word of God and for adding value to other people’s lives. She has written 18 transformative, inspirational books, including the award-winning 30 Days to Taming Your Tongue (over one million sold), Confronting Without Offending, 30 Days to a Stronger, More Confident You, and the groundbreaking Lead Like a Woman. Deborah has sold over two million books worldwide.  In addition to being a certified John Maxwell Leadership Coach, she is a seasoned CPA and holds an MBA in finance from the University of Southern California.

Through her guest appearances on major television, radio, podcast, and other media platforms, Deborah has shared transformative life principles of financial, relational, and emotional freedom with millions. During 2018-2019, she hosted 36 episodes of her popular show, Winning with Deborah, on the TBN Salsa Network.

A former MCA/Universal Studios, Inc. VP and venture capitalist,  Deborah is an astute businesswoman and has played the key role in several news-making transactions. She developed the financial projections for the startup of the wildly successful Magic Johnson national theater chain, and negotiated the largest loan ever extended to a church in the U.S.  in conjunction with the construction of the famed West Angeles Cathedral in Los Angeles, CA.

She had served on the board of major U.S. nonprofits including World Vision, Inc., Christian Women in Media, and the National Association of Evangelicals. She recently founded Win 360, Inc. to empower disadvantage women financially, relationally, and emotionally. 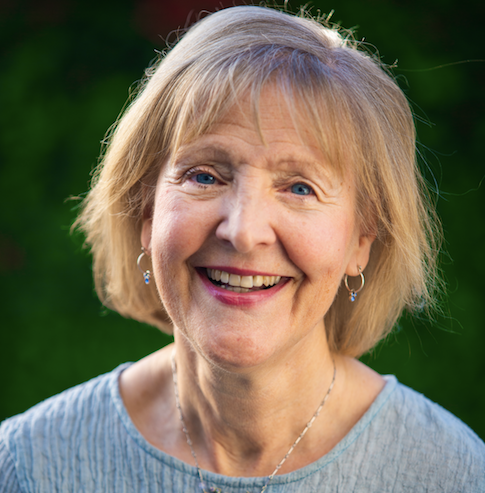 Karen Covell is an independent Producer of films, Specials and Documentaries, Founding Director of the Hollywood Prayer Network (HPN) and Co-Founder and Producer for JC Productions, an independent film and music production company.  She is also an active member of the Producers Guild of America.

As Founding Director of the Hollywood Prayer Network, Karen challenges Christians around the world to pray for the people, the projects, and the issues in the world’s most influential marketplace, Hollywood.  She also speaks and teaches around the country on how to pray for the people in the world’s most influential mission field; the entertainment industry.  She is a published co-author of two books with her husband Jim and their writing partner Victorya Rogers, entitled, “How To Talk About Jesus Without Freaking Out” (the young people’s version called “The J Bomb”) and “The Day I Met God,” all available at Amazon.com.  She also has written a 365-Day Devotional entitled “Hollywood, Jesus and You,” encouraging people to grow in their own personal faith and pray for Hollywood simultaneously!

Karen is currently developing a TV Game Show and packaging a limited TV series, based on the true story of Charley Parkhurst.  She is married to her best pal, James Covell, a composer, and they have two awesome sons, Christopher and Cameron, who are both filmmakers in Hollywood and New York City. 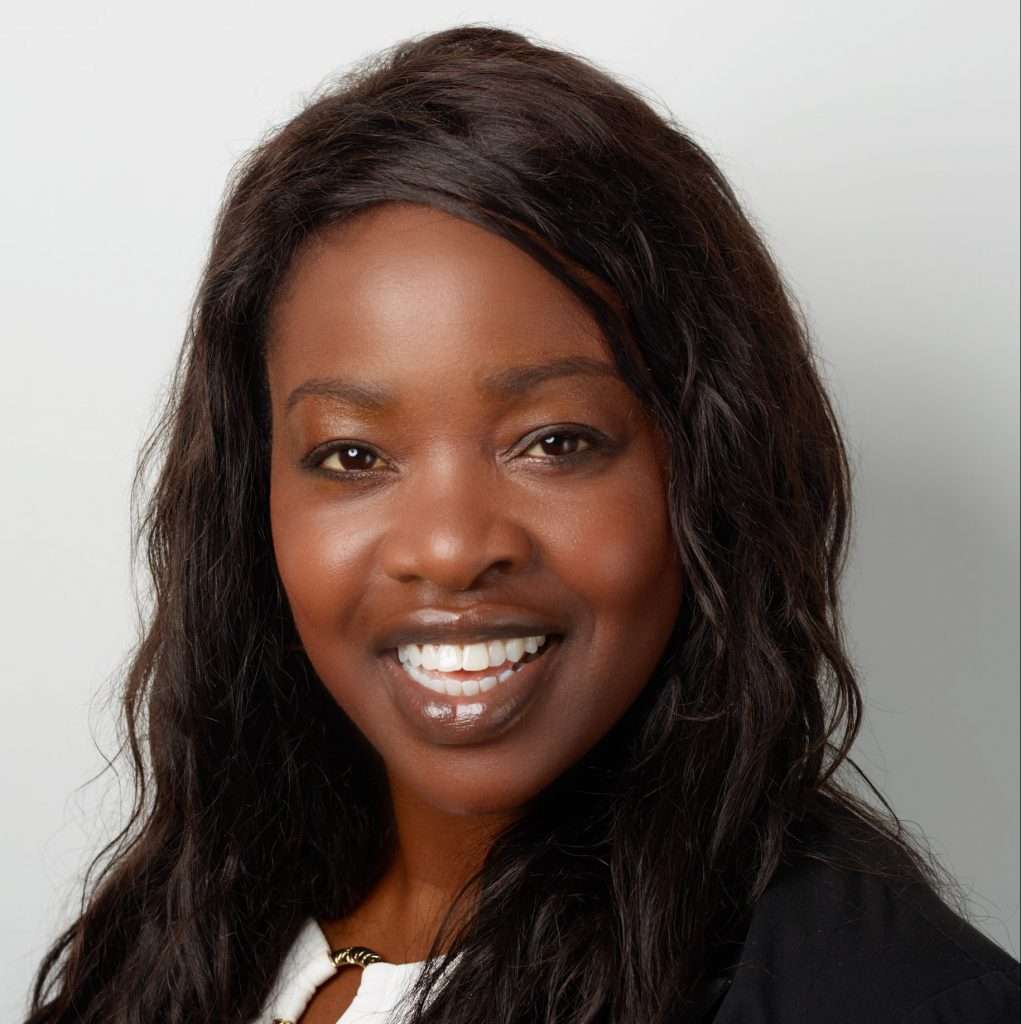 Named to this role in August 2022, Caltha has overall responsibility for strategy and business development of products in the Actuation & Environmental Systems, with significant focus in the areas of M&A activities, profit planning, external relationships, and portfolio management. She is currently based in Cleveland, OH.

Originally from Canada, Caltha is in her sixth year working for Eaton and is a 2018 graduate of Eaton’s Global Leadership Development Program. She’s held positions managing new product development, enterprise-wide global inclusion & diversity initiatives, and a role as a cross-functional project leader for Eaton’s $2.5B commercial vehicle product line. In addition, Caltha was the first National Channel Manager for the Industrial Controls Division where she was responsible for $262M of distribution channel partner sales, strategic marketing initiatives, and programs to cultivate sales growth and increase profitability.

Prior to joining Eaton, Caltha leveraged her leadership skills in operations and consulting positions for institutions of higher education and professional sports, including the National Football League & the United States Military Academy—West Point.

Caltha graduated from Tulane University with an MBA in International Business & Finance with experiences in Asia, Europe, and Latin America. She holds a master’s degree in Sports Administration from Delaware State University and an undergraduate degree in Education from the University of Delaware. Caltha is a former elite Track & Field athlete, classically trained pianist, with French as a second language, and currently serves on the Genasys Inc. (NASDAQ: GNSS) & Athlife Foundation Board of Directors. Caltha is also an advisory board member for The Salvation Army Western Territory & The Command Presence Foundation 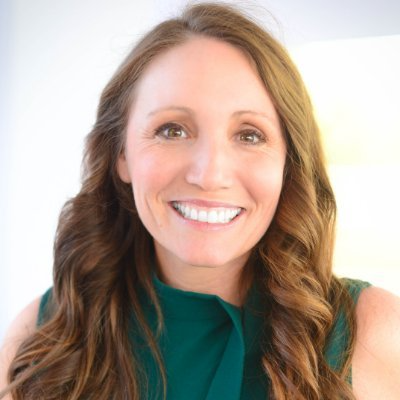 Emily Hibard is a millennial who grew up in the East Los Angeles suburb of Downey. She traveled to all seven continents before her thirtieth birthday. An adventurous risk taker, Emily has climbed Tanzania’s Mount Kilimanjaro, kayaked in both Antarctica and the Arctic Ocean, explored Egypt’s Valley of the Kings, climbed Petra’s ancient caves, floated on Lake Titicaca, boated down Vietnam’s Mekong Delta, walked Israel’s Via Dolorosa, and kissed Ireland’sBlarney Stone.

In 2022, Emily ran for the California State Assembly in Orange County. She previously served as a Board Member on the Los Alamitos Cable Television Commission, and the Studio City Neighborhood Council.

Emily is the author and creator of the “Starting Your Nonprofit” book series, step-by-step guides to help individuals launch nonprofit organizations. Emily serves as a Board Member at the Hoving Home, a faith-based, residential program in Pasadena, California, for women recovering from sexual abuse and/or addiction.

In 2012, Emily founded Idle Tuesdays Recording Studio, a Los Angeles-based nonprofit on a mission to influence culture through music and audio. Emily is a member of The Recording Academy.

In addition to politics, nonprofits, and entertainment, Emily has been running her business, Hibard Group, since 2016. Through Hibard Group, Emily and her team produce and publish books, audiobooks, e-books, videos, voiceovers, jingles, music, and podcasts. In 2019, she produced Honor Project Documentary, a feature film highlighting the importance of fathers. 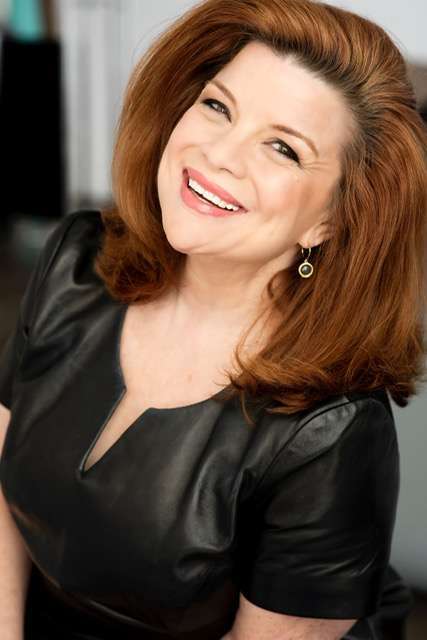 Renee Lawless is most known for her portrayal of the lead character, Katheryn Cryer in Tyler Perry’s “The Haves and the Have Nots” on the OWN network. She is a seasoned theater actress and has performed with the Broadway National tour of Wicked as the Midwife and Madame Morrible. She’s also appeared on Broadway in Disney’s Beauty and the Beast as Eggtimer, Ms. Potts and Madame de la Grande Bousch. Renee is a motivational speaker and a well-respected Speaker’s Coach. She offers keys to having confidence with her program, Presentational and Public Speaking Skills from the Conference Room to the Convention Hall.  Rene released her first Gospel CD, ‘Renee Lawless A Live Sampler’ in 2002 and won Best Actress in the Creation Film Festival for her performance in They Came and Left. Renée is active with the Family Legacy Organization helping children in Zambia, receive clothing, education, and medical attention while learning about Christ’s love and she actively serves on Influence Lab Women Advisory Board.

Influence Women is an outreach of The Influence Lab, a nonprofit 501(c)(3) charitable organization.